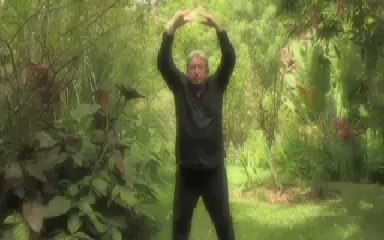 James Easter left chiropractic training in 1975, to study in Boston with Dr. So who was credited with bringing acupuncture to the U.S. Dr. So was the author of the classic Book of Acupuncture Points and was one of the first four people to be elected to the honor roll of the American Association of Oriental Medicine.

Later, James traveled to Australia to study with Peter Frazier at Acupuncture College of Australia and followed with Amerasian Institute on the island of Maui, during which time he had the privilege of working in the clinic of Malik Cotter, Maui's legendary qigong and acupuncture practitioner.

He then spent a year in Asia acquiring more skills. During his years in Hawaii, he began to design and use teishins and in 2005, with his student Christian Nix, the idea of teishin courses was developed and the first Teishin Institute courses were formally initiated. Since that time the unique features of this 'lost art' have once again begun to be recognized.

James has taught courses in various countries in both English and Spanish and has written articles about intestinal flora, teishin, anger management, and I Ching

In James Easter's 30+ years of practice in various parts of the world, his constant intent has been to use the best of the natural healing arts, east and west; and to improve through continual study of new products and new techniques.